Even Long Shots Make It 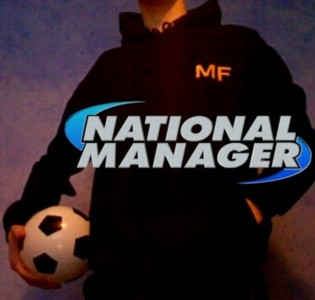 On 7th September 2002 Scotland's national football team drew with Faroe Islands in one of our worst results ever. That night I contacted the Scottish Football Association saying as protest to the way the team was being run by manager Berti Vogts, that I no longer wished to be considered for international selection. On 1st November 2004 (two whole years later) Beri Vogts resigned from the job. I knew I could have done a better managing the team than Berti, and he lasted more than two years.

A few years later the Scotland job was vacant again, so I decided to apply. The Scottish Football Association didn't ever reply, but I was one step closer to becoming a national manager. There are 207 international football teams. One down, 206 to go.

A plan like this takes two things; a logo, which would be easy enough to make, and some way to order all 207 teams. Luckily for that one the people at Fifa are nice enough to rank all the teams, from Brazil to Papua New Guinea. Now I was ready to become a national manager.