After knowing Phil for 3 years, and going to the tops of all the buildings in Glasgow Uni with him, I thought I knew most things about him. On Wednesday 1st March I was watching Scotland being beaten 3-1 by Switzerland, and I was shocked to see Phil going on as a substitute for Switzerland under the name "Mauro Lustrinelli".

Most seem sceptical when I tell them at first, but there is conclusive evidence.

Weight
Mauro Lustrinelli weight in at 69kgs, just 6kgs more than Phil claims to weigh. Maybe he had trapped wind when he was weighing in.

Look
They couldn't look more similar if they tried. This is mainly due to them being the same person 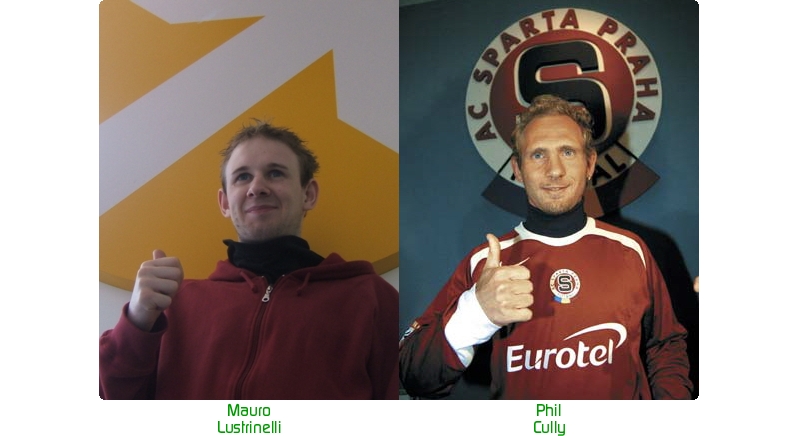 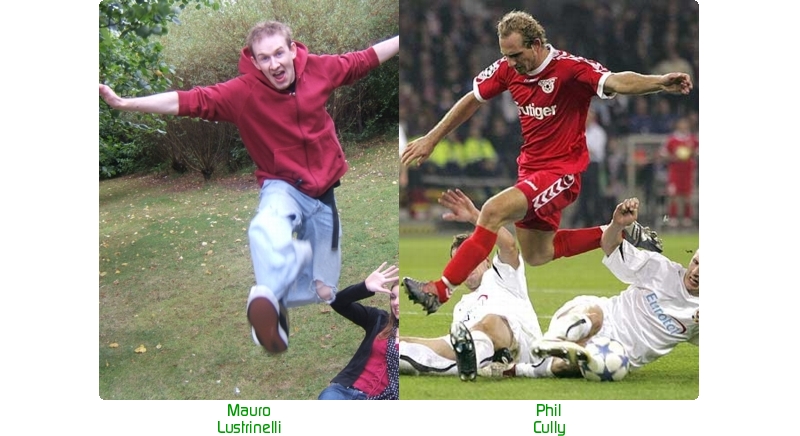 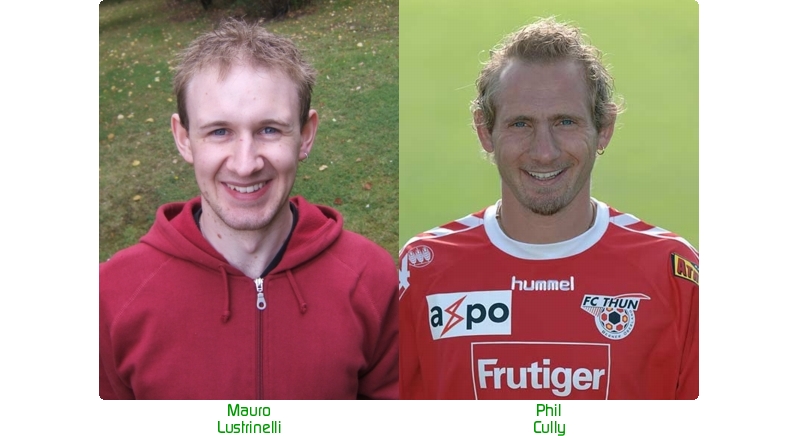 Hairline
Phil has a far back hairline for a 22 year old, this is because he is actually born on the 26th Feburary 1976, making him 30.

Injury
During Dizzy Heights Phil turned up one day with cuts on his head, allegedly from BMXing, yet research shows Lustrinelli suffered a kick to the head that weekend away to Grasshoppers for FC Thun. The cuts did look like stud marks. 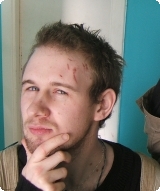 Voice
Phil always claims he has a funny sounding voice like, because he's from Stirling like, yet he doesn't sound like any other Stirlinger. The reason - Phil is really Swiss.

Location
Phil admitted that noone can confirm his whereabouts on the night of the 1st of March cannot be confirmed. He did say he was in the library studying, but there was enough time between Phil-sightings for him to go to Hampden, play the last 17 minutes, and go back to the library. Lustrineli recently signed for Sparta Prague, magically he signed when we were on our Christmas break. Also, has anyone ever seen them in the same room at the same time? No? Do you want to know why? They're the same person!

Transfer Deadline Rumours
Once upon a time some person thought it would be a good idea to stop transfers occuring between the beginning of September and the end of December, which causes a multitude of transfers happening on 31st August. Due to the high volumes of transfers and rumours, the BBC had a frequently updated transfer deadline page : Transfer deadline day

In the middle of all those sightings and signings is something of interest:

This is either the result of some Marc and Phil mischief, or someone has seen Phil in Glasgow. This caused many Celtic fans to question the potential signing in online forums, including the HuddleBoard and the BBC's own 606 forum

Photoshoprinelli
When Milngavie 2020 made it onto the bbc webpage I was inundated with emails of support. In the middle of all of them I got an email from Ali Clark from AliClark.com, with no message, and just the following picture attached : 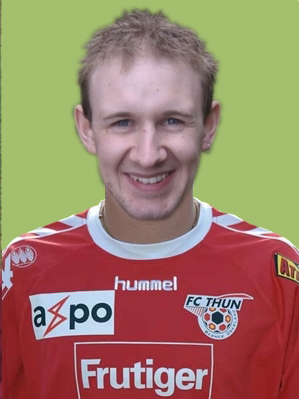 After setting up a goal in the World Cup, Switzerland's number 18, Philip Cully

Warning : May not be true